I appreciate vintage tackle and I am an angler, but sometimes combining the two together can cause some upsetting moments by the waterside.
On Sunday I decided on a quick hour of spinning for pike on the Lea despite all of the recent rain. My theory was thus, the water had been running fast for three weeks and now as the water was dropping an opportunist pike must be lying in wait in the slack water. Armed with a box of plugs and a bait-casting rod I headed down to the river to find it still running faster and higher than I had ever seen before, the colour was like tea made by a Frenchman, Liptons bag with too much milk.
The sun was appearing through the trees and it looked to be a pleasant day so I was quite happy trying out a few different plugs at varying depths, speeds and actions, trying to locate the slower water. After a while I decided to put a lovely old Heddon Go Deeper River Runt on and explore the deep, slower water. The Lea was up about a meter so I thought the lure should stay off the bottom. This lure has a fantastic action that vibrates the rod tip in such a distinctive manner that you always know the lure is fishing properly and not twisted or caught on the trace. On my fourth or fifth cast the the lure caught on something just near my feet about two foot out from the bank, dammit!
After much pulling from all directions I finally went for the ‘pull’ and the 25lb braid gave way, leaving no resistant, the lure had been lost. God dammit!!!!
Losing bits of tackle including vintage tackle is part of angling but losing this lure in the raging river Lea really pi**ed me off as I knew I was unlikely to get it back. After a another few casts I left for home.
Obsessive? me? No surely not!
I had one glimmer of hope though, the Lea was running high so I could return as the river dropped and hopefully find the obstruction that my River Runt had clung onto? The Lea is not really tidal anymore due to the Olympic Park but at low tide on the Thames the water flows out of the Lea more quickly and drops about 2-3 feet. Low tide was due at 9.50 am the following morning and with no rain for the previous 48 hours it should drop even further. But fearing another angler or dog walker would pass by and spot my lure I decided in a paranoid moment to make a quick visit before dark, so to look like I was not abandoning my duties as a father on a Sunday I took my daughter along in the pram. The river was falling but when I arrived at the crime scene the water had only dropped about a foot, my lure was nowhere to be seen.
Monday morning had arrived so I included a visit to the Lea while heading to work. At 9.30 am I arrived to find the river down about a meter and there in the torrent of water was a lone twig, Excalibur stood alone with my River Runt clinging on for dear life, swaying backwards and forwards in the fast current!
Now I had the simple task of cutting down a branch, creating a fork, stepping down into the silted mud in my trainers, pushing the lure off, knocking it upstream and flicking it onto the bank. As I said before, obsessive? me? No!
Well, it all went to plan and my Heddon lure now sits on my desk at work all safe and sound, while my trainers dry off below, leaving a faint smell of River Lea in flood…lovely! 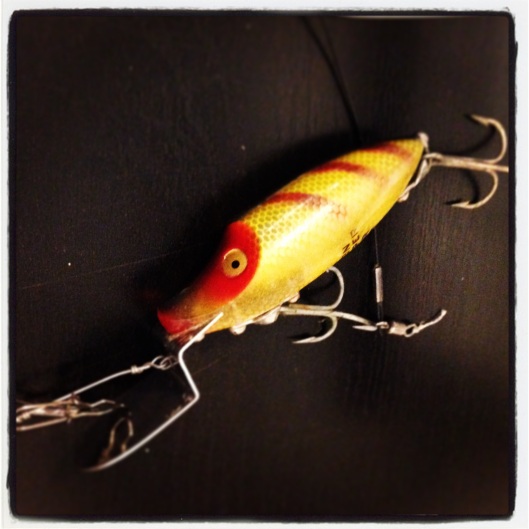 Last week we spread my parents ashes on the South Downs. In life they were inseparable, so we did the honourable thing and mixed their ashes with our own hands, returned them to the chalk on the Sussex Downs at a geographical point between birth, life and death.
The Prince of Peace is dead, thank you for the musical and spiritual journey of my life. 1940-2022 #pharoahsanders
A quick over nighter by the river and under the stars with @fallonsangler_magazine for a new film. Packing light - bedroll, camera, drone and a Katsu Curry Pot Noodle or two. Film out in a fortnight. In the meantime please order our new issue of Fallons Angler capturing the bewitching hour. #autumnequinox #fallonsangler #fishingfilms #canonuk
Norway, reassuringly boring with some hidden surprises #norway #oslo #snorway
The Merry Maidens - a quiet moment away from the beach and the body boarding. #merrymaidensstonecircle #stonecircle #burialchamber #crabsandwiches
The sun has relented #mouseholecornwall
The return to camp was spectacular last night #westsussex #westsussexlife #sussexcamping #cricketerspub #cricketersduncton
#westsussex #duncton #summereducation #pub! #cricketersduncton
Holiday homework #cultbritishfilms #thesailorwhofellfromgracewiththesea
Flight #astralflights #swifts #jetstream #hackney #hackneygarden
The joy of making, creating bespoke frames for artists and art lovers #bespokeframers #londonframers #hackneyframing #theclaptonframer #hackneycrafts #artframers #pictureframers #pictureframersofinstagram
#microlurefishing for #wildbrowntrout
Quiet
I find it difficult writing about the process of catching a fish, but this story had another layer worth sharing. Fallons Angler issue 26 out now - in the company of Britains finest angling writers #fallonsangler #tench #tenchfishing #sevenpoundtench
Pond Life
Loading Comments...
%d bloggers like this: