I have become more of an opportunist angler these days with a young family restricting my fishing time, so last bank holiday weekend was a good example of a few hours spent by water on a short session and on an unknown canal… the Birmingham and Fazely canal.

At present I quite enjoy using short spinning or bait-casting rods with a multiplier and a few lures. I like the simplicity, the roving aspect plus I am a bit of a sucker for a new (or vintage) lure, a habit I  need to keep an eye on! Back in 1984 when I was fourteen I picked up a copy of ‘Tight Lines’ the catalogue published each year by Swedish tackle manufacturer Abu from the counter of Penfolds of Cuckfield my local tackle shop. This little catalogue left a lasting impression on me but like most fishing catalogues of that time I could not afford any of the tackle featured within its pages. But what I didn’t have then I  have since made up for and I now own a small collection of Abu rods and reels from the seventies and eighties perfect for pike, perch and zander.

Back to last weekend and the Fazely Canal, Fazely is a small town east of Birmingham which is where the Fazely and Birmingham canal intersects the Coventry canal, a fairly quiet junction with very little towpath or boat traffic, just the occasional dog walker and jogger. Kitted out with my little Milbro bait-caster rod (the main importer of Abu rods in the sixties and seveties) and Ambassadeur reel we set off up the Coventry canal from Fazely in search of pike or zander quite early. After a pleasant two-mile walk we had nothing to show so we returned back down the canal towpath casting every few yards but as the day got brighter and warmer I was only really expecting a young jack.

As we returned back into Fazely and the intersection my luck changed with a sudden burst of energy from just below my feet as a zander hit my Big S plug just under the surface, erupting straight out of the water and making me jump. After a short battle while I single-handedly managed to assemble the landing net, a zander of 4 to 5 lb was carefully netted and returned.

Last weekend the tuesday swim was at sea on the Lea Navigation next to the Middlesex filter beds in Hackney (not to be confused with the area of North West London). I was canal boat sitting for the weekend and in search of my first pike of the season.

My pike fishing is generally divided into two disciplines, casting dead-baits into lakes usually down in Sussex in the dead of winter and secondly short sessions spent plug fishing on the Lea Navigation and River Lea. Urban or canal pike fishing has a special place in my heart as it suites the targeted species, often the location is as remote and as still as the lone pike. Pike are often described as ‘angry’ fish, I disagree on this matter, pike by nature have to be still, solitary, lurk in darkened holes awaiting unsuspecting prey. When pike target a fish, they do it in the most economical manner, ‘anger’  doesn’t come into it, ‘lazy’ could be used to describe the pike’s behaviour, ‘efficient’ would be my favoured description of the pike.

Arriving at the boat a perfect scene lay before me, the moon was just rising, a warm wind blew, perhaps a little too warm for my first pike session but as darkness fell I cast out a blue Abu HI-Lo plug.

As the canal deepened it tone from grey to black, some kids opposite in the local park started up a mini-moto and put pay to the peace for the next hour, so slightly irritated I packed away the little bait-casting rod and headed inside the boat and lit the wood burner. After an hour or so the mini-moto had been ridden away into a nearby estate and I stood alone on the boat with wood smoke in the air with a cool light breeze …stillness had returned and the moon appeared almost in a full phase. 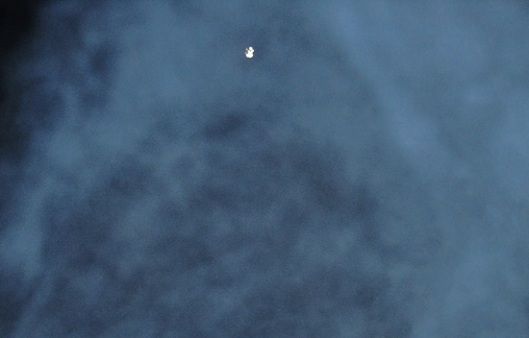 The next morning I was expecting visitors including various kids, so the fishing became more of a tutorial in casting and pike location, in the end our efforts were fruitless but the blustery autumnal day fired my hunger to seek out a lone esox lucius on another and probably a more wintery day… 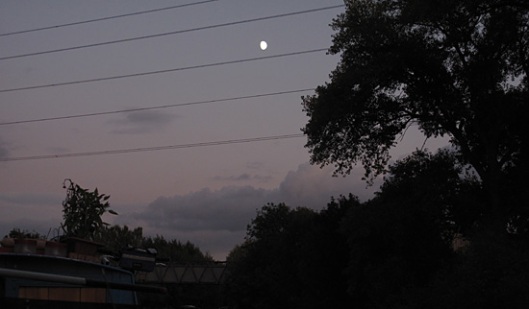