Last weekend the tuesday swim was at sea on the Lea Navigation next to the Middlesex filter beds in Hackney (not to be confused with the area of North West London). I was canal boat sitting for the weekend and in search of my first pike of the season.

My pike fishing is generally divided into two disciplines, casting dead-baits into lakes usually down in Sussex in the dead of winter and secondly short sessions spent plug fishing on the Lea Navigation and River Lea. Urban or canal pike fishing has a special place in my heart as it suites the targeted species, often the location is as remote and as still as the lone pike. Pike are often described as ‘angry’ fish, I disagree on this matter, pike by nature have to be still, solitary, lurk in darkened holes awaiting unsuspecting prey. When pike target a fish, they do it in the most economical manner, ‘anger’  doesn’t come into it, ‘lazy’ could be used to describe the pike’s behaviour, ‘efficient’ would be my favoured description of the pike.

Arriving at the boat a perfect scene lay before me, the moon was just rising, a warm wind blew, perhaps a little too warm for my first pike session but as darkness fell I cast out a blue Abu HI-Lo plug. 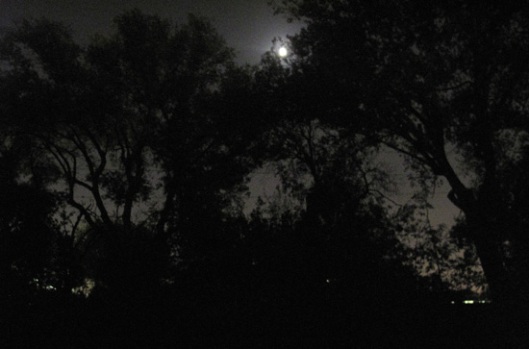 As the canal deepened it tone from grey to black, some kids opposite in the local park started up a mini-moto and put pay to the peace for the next hour, so slightly irritated I packed away the little bait-casting rod and headed inside the boat and lit the wood burner. After an hour or so the mini-moto had been ridden away into a nearby estate and I stood alone on the boat with wood smoke in the air with a cool light breeze …stillness had returned and the moon appeared almost in a full phase.

The next morning I was expecting visitors including various kids, so the fishing became more of a tutorial in casting and pike location, in the end our efforts were fruitless but the blustery autumnal day fired my hunger to seek out a lone esox lucius on another and probably a more wintery day…

Off to the marshes #hackneymarshes
I’ve been here before but this is reassuringly familiar, an antidote to the boutique homogenous lifestyle that is rife in our city. Once it’s gone, it’s gone.
Watersmeet- Our current winter film set on the Hampshire Avon with @adamchetwood @kgparr link in my bio. Where to next? #anglingfilms #chubfishing
Watersmeet - Chub fishing on the Hampshire Avon, our new film for winter #hampshireavon #hampshireavonfishing #chub #fallonsangler #fishingfilms #winterfishing link in bio
A reunion on the Hampshire Avon. Our new film for Fallons Angler ready to view in time for Christmas. Friends, pints, and fishing #chubfishing #chub #fishingfilms #fallonsangler #hampshireavon
Surely it’s time for a perch?
Epping forest #eppingforest
The fading light plays a strong roll on us at this time of year. The Witching Hour film available to view, link in bio. #embracethedarkness
Next week I travel to France and begin filming a life in Normandy over one year. A man whos footprint on the planet has the lightest touch, where his life and the natural world sit side by side. #dustthefilm …
The Witching Hour our new film launching at midday today 15th October link in bio #fishingfilms #fallonsangler
Last week we spread my parents ashes on the South Downs. In life they were inseparable, so we did the honourable thing and mixed their ashes with our own hands, returned them to the chalk on the Sussex Downs at a geographical point between birth, life and death.
The Prince of Peace is dead, thank you for the musical and spiritual journey of my life. 1940-2022 #pharoahsanders
A quick over nighter by the river and under the stars with @fallonsangler_magazine for a new film. Packing light - bedroll, camera, drone and a Katsu Curry Pot Noodle or two. Film out in a fortnight. In the meantime please order our new issue of Fallons Angler capturing the bewitching hour. #autumnequinox #fallonsangler #fishingfilms #canonuk
Norway, reassuringly boring with some hidden surprises #norway #oslo #snorway
Loading Comments...
%d bloggers like this: