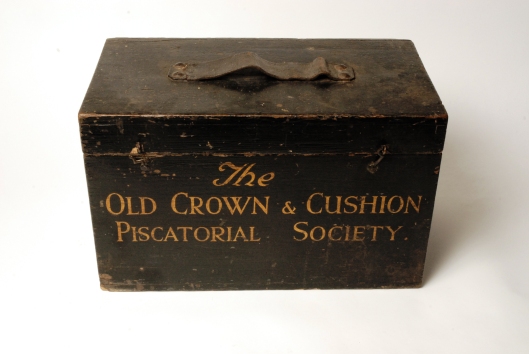 We have a mystery here that I really would like to un-earth. I’ve owned this box for a while now and I was told it came from a pub in Yorkshire? Well after a little investigating on the net there is a pub in North Yorkshire called the Old Crown & Cushion in a place named Welburn. The story goes that the box used to be fixed to the bar top (the underside does reflect this, as it is a bit rough) but I can only conclude this was for storing either scales or match returns? 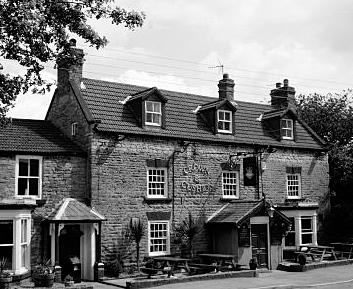 If anyone could tell me about the Old Crown & Cushion Piscatorial Society or any other tales of such boxes nailed to bar tops I would like to hear from you. At present I’m looking at bars I have frequented in the past, in London and their Victorian piscatorial club connections, invaluable research…trust me! I hope to find more tales of boxes glued to bar tops, at present without these bar top boxes, the public bar seems a little impersonal?

Now the box rests on my book shelve awaiting Bagpuss to come along and unravel its past and find me a story but in the meantime it holds a fine collection of british fishing reels of the twentieth century. 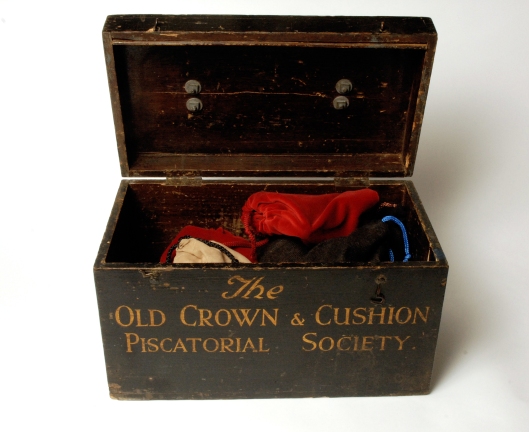