Last weekend at the Angling Auctions in Chiswick, Jack Opie’s carp and rod went for a considerable sum of over £15,000 on the hammer! While the bids battled back and forth, the tuesdayswim was standing there holding the said rod that captured the leviathan. While packing the rod away after the event I noticed this… 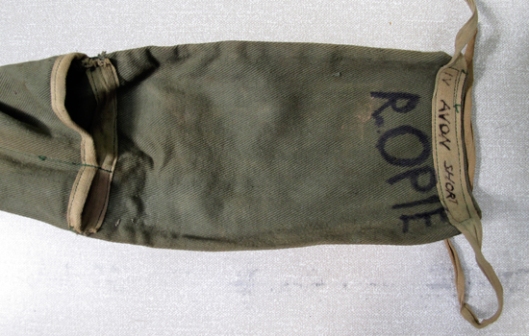 In a couple of weeks the largest example of a carp set up by Cooper & Son will go under the hammer at Angling Auctions in Chiswick, West London. 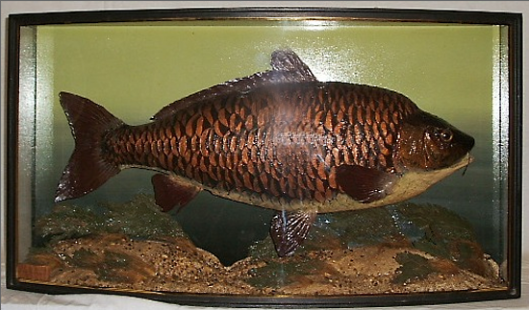 The year was 1954 and the month September, Jack Opie had just arrived with his fishing companions Gerry and May Berth-Jones to find the Kefford brothers, Dick and Harry, leaving  after a week-long session on the now famous pool. Opie asked Harry Kefford for permission to cast out into Redmire’s Willow Pitch where he had been fishing all that week and alas with no success. As Jack Opie helped the Kefford brothers to load up their  car, his buzzer sounded and after a long  drawn out fight the 27lbs 5ozs fish was safely netted.  The following morning Gerry Berth-Jones asked the then Redmire owner Colonel Maclean if Opie could take the carp away to be mounted which he granted. The carp was taken to London and mounted with the inscription “King Carp, 27lb 5oz, Caught Redmire Sept. ‘54 by E.J. Opie”

Friday the 13th & 14th of April will possibly be the last chance to see this important piece of history unless of course you have  between £5000 and £8000 or quite possibly a lot more? To view this splendid example and other angling items click here http://angling-auctions.co.uk. The Tuesday Swim shall be in attendants over the two days on the rod stand, and a report on the more unusual items in the auction will be winging its way back here to those who cannot attend.