After attending a pirate’s party with some ‘continuos cruisers’ (canal boat people) a fortnight ago, I decided to leave before the proceedings got too uncomfortable for a ‘drylander’. Smelling of wood smoke and suitably lubricated with Rioja I set off along the Lea navigation just by Springfield Marina. As the sound of 90’s techno and laughter slowly faded the canal took on a ghostly calm, the night was still warm, with a light breeze and the moon was bright, shadows were cast across the water creating patches of inky blackness broken by sparkling ripples.

Not expecting to stay so late I had no lights on my bike, the view up ahead was limited, as I turned a corner a lone figure appeared quite abruptly, there a young man was anticipating a cast. Swinging on his line was a PVA parcel backlit by the moon and packed with boillies, this brother of the angle was risking his safety in search of London canal carp!

As I passed I gave him a comforting look to say that I was not of a dangerous nature. I slowed in respect, gave him a friendly nod and passed on my way. That night, kids were rioting just two miles away in search of 42″ plasmas but this hero stood alone stalking for carp in the dead of night.

The tuesday swim salutes you sir! 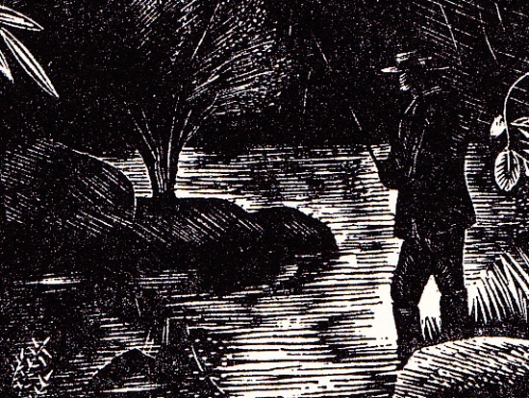