The first signs of a heatwave hit England on Sunday and I was in the West Midlands seeking to winkle out a chub from the river Mease, a tiny meandering river that can be fished on a Birmingham Anglers Association day ticket. The Mease flows past the village of Netherseal that sits in classic open english countryside just half an hours drive from Central Birmingham. 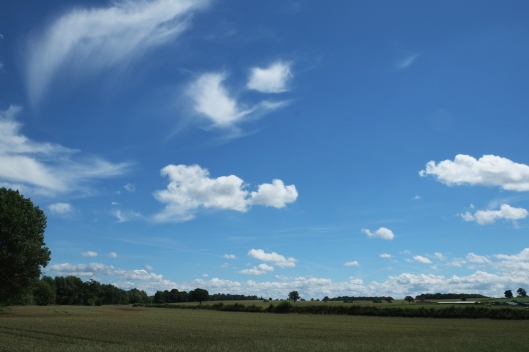 I fancied a break from my current search for large river Lea carp, the Lea sadly contains very few chub in it’s lower reaches and I felt that I needed to be re-introduced since my last chance meeting on the Kennet last winter. My approach of trotting with a heavy chubber float, keeping the bread flake low in the water took me on a good mile long walk along its meandering course, the water was low and I saw no sign of a chub despite my stealthy approach of keeping low, pushing back the stingers and opening up small gaps in the undergrowth to expose tiny swims. With no luck I started to turn back and fish the swims that I had previously baited with bread and maggots, finally I saw  a chub dart up and take a maggot, despite the sun getting hotter and brighter I knew there was a chance of a fish. 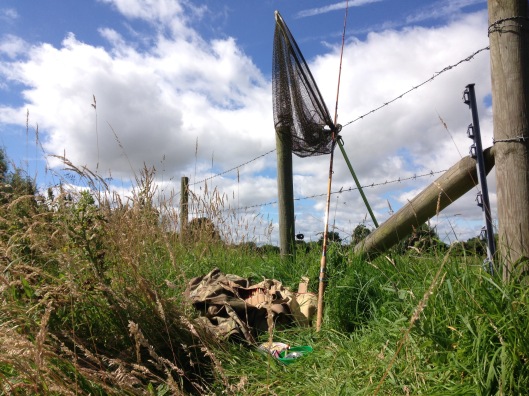 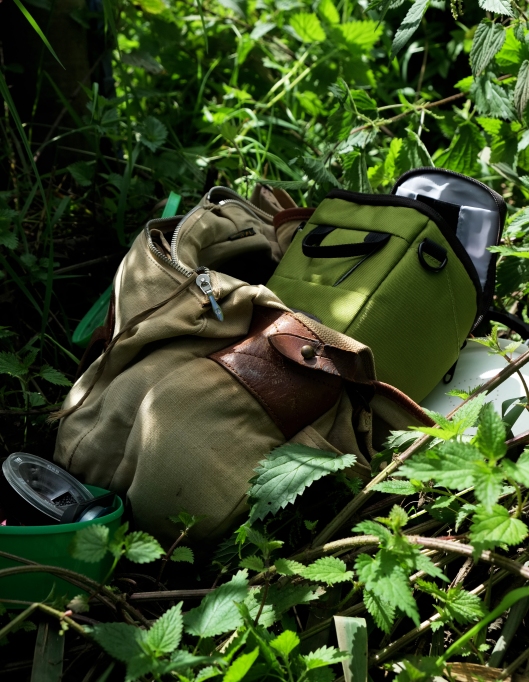 The BAA do a great job in providing access over the barbed wire fences that follow the meanders of the river Mease but once over the fence you are right up to your neck in stingers, luckily stinging nettles push over quite easily and with a little care you can form an opening by placing your net and fishing bag down to create relatively pain-free platform.  I was now fishing the stick float on a slow drop using a button shirt shot pattern, I continued to trickle in the maggots and soon started to observe the chub darting out unable to contain their hunger for an easy meal. On my second cast I was into a chub of around the 3/4 pound, then another and another, each one getting a little larger. 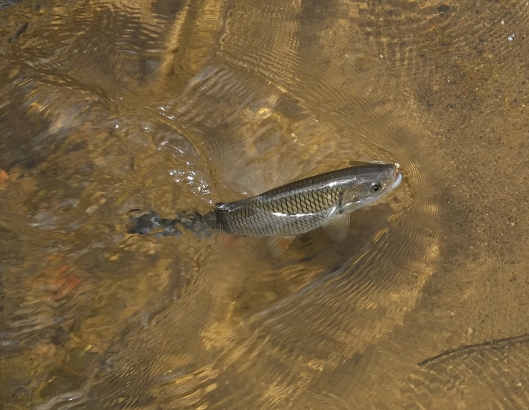 Surrounded by stinging nettles and the temperatures increasing the whole experience was becoming quite intense, flies were becoming more persistent as they buzzed around my face, sweat dripped from my brow, there was no place to retreat unless I got back up the bank and over the barbed wire fence, this would have broken my cover and spooked the chub, so I stayed low and continued to fish. For the next hour I caught ten to fifteen chub, the largest no more than a pound and a half, but on a light line and stick float this was fun fishing that reminded me of my summer holidays as a lad fishing on the Sussex Ouse. Finally I dropped a chub amongst the stingers, I had no option but to bury my hand into a clump of nettles and quickly pick it up, the pain was bearable, I was after all fishing and very little could deter me, but as the heat rose further and the flies grew in numbers I finally called it a day. 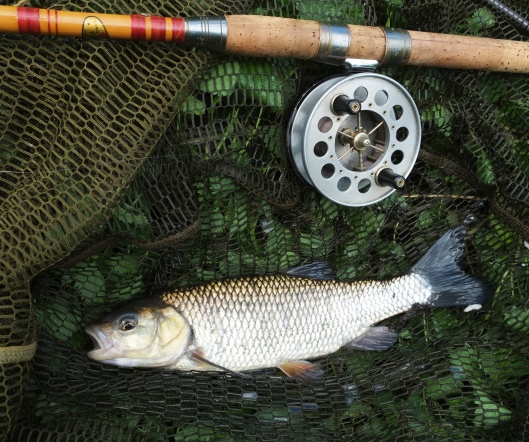