Over the years I have met many anglers that tread different paths, some have become friends who I now fish with, and others I have talked with on the subject but have never made it to the waterside. Amongst these anglers I can single out a few that I label as the ‘pure piscators’,  these are anglers who hold  a real close connection with a place and a first-hand knowledge that is cherished, and on occasions, shared.

One such ‘pure piscator’ I met about ten years ago was the colonel (the father of an old girlfriend) who fished the Nadder for brown trout. His world on the Nadder was small but complete, his relationship with the river and the trout was intimate, when he immersed himself in the practice of dry-fly fishing he was content, it was pure. On my first visit to the Nadder I took down a collection of dry flies bought from Farlows of Pall Mall (when the flies came in a little complimentary round tin), the colonel was quite overwhelmed with the gift and added them to his box of disheveled looking dry flies, but I could sense he felt these new flies were interlopers amongst his own flies, each one of his flies had a history, a track record, the new ‘boys’ from London had to prove their worth on ‘his river.’ As a potential son-in-law I too was on trial as I entered this small world below the chalk hills of Wiltshire, my approach and attitude to the river was carefully monitored as my host put me on the right spots to fish. After an hour I started to catch some small grayling much to the disappointment of the colonel, he only considered the brown trout to be worthy of a bend in my rod, he loved the Nadder and the brown trout but grayling were not part of his world. The colonel’s tackle and casting was a little below par, but his attention to the tippet, and the delivery of the fly cast in the right places was faultless, everything else did not matter. Anyone who knows the Nadder (rumour goes the Nadder gets its name from the many tight bends, just like an adder snake) will understand that casting is limited to only a few yards; there was no need for expensive reels or rods. It seems a common trait that the pure piscator uses simple and reliable gear, normally tried and tested over the years, their real strength lie with experience and knowledge, their minds are not clouded by tackle manufacturer’s promises of guaranteed catches or gimmicks. To some extent I have been guilty of this, spending years accumulating fishing tackle, (be it mainly vintage). In a moment of ‘pure piscatorialism’ I have given away or sold a lot of the tackle that I just didn’t use including a ridiculous amount of fishing jackets. Now with less tackle I can concentrate on the important things, the way I fishing.

Many years back I dated a young lady near the town of Tisbury in Wiltshire, conveniently her father, a retired colonel was a member of his local fishing club on the River Nadder.

After a few visits to Wiltshire, approval was finally given to join him for a day’s fly fishing as a guest on the Nadder run by the Teffont Fishing Club.

Armed with my Millward Flylite split cane rod and a selection of dry flies bought from Farlow’s of Pall Mall the previous day, we set off in search of brown’s and grayling. That day local knowledge prevailed and the colonel caught several trout and graying, eventually I managed to hook a lone lady, thankfully my dry-fly fishing skills didn’t let me down that day. Walking back that evening the colonel told me about the history of this little twisting stream, looking back now, I forget most of the detail but one thing I always remember was the name, Nadder, a name given after the adder snake common in the Wiltshire district. The shape of the adder similar to that of the river, with its twists and turns. True? maybe, maybe not but I like the tale. 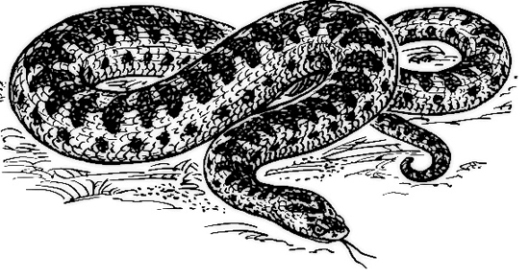 Here we have Jack Hargreaves dry-fly fishing on the Nadder delivered in his own unique gentle manner and hooking a rather fine dace.

Off to the marshes #hackneymarshes
I’ve been here before but this is reassuringly familiar, an antidote to the boutique homogenous lifestyle that is rife in our city. Once it’s gone, it’s gone.
Watersmeet- Our current winter film set on the Hampshire Avon with @adamchetwood @kgparr link in my bio. Where to next? #anglingfilms #chubfishing
Watersmeet - Chub fishing on the Hampshire Avon, our new film for winter #hampshireavon #hampshireavonfishing #chub #fallonsangler #fishingfilms #winterfishing link in bio
A reunion on the Hampshire Avon. Our new film for Fallons Angler ready to view in time for Christmas. Friends, pints, and fishing #chubfishing #chub #fishingfilms #fallonsangler #hampshireavon
Surely it’s time for a perch?
Epping forest #eppingforest
The fading light plays a strong roll on us at this time of year. The Witching Hour film available to view, link in bio. #embracethedarkness
Next week I travel to France and begin filming a life in Normandy over one year. A man whos footprint on the planet has the lightest touch, where his life and the natural world sit side by side. #dustthefilm …
The Witching Hour our new film launching at midday today 15th October link in bio #fishingfilms #fallonsangler
Last week we spread my parents ashes on the South Downs. In life they were inseparable, so we did the honourable thing and mixed their ashes with our own hands, returned them to the chalk on the Sussex Downs at a geographical point between birth, life and death.
The Prince of Peace is dead, thank you for the musical and spiritual journey of my life. 1940-2022 #pharoahsanders
A quick over nighter by the river and under the stars with @fallonsangler_magazine for a new film. Packing light - bedroll, camera, drone and a Katsu Curry Pot Noodle or two. Film out in a fortnight. In the meantime please order our new issue of Fallons Angler capturing the bewitching hour. #autumnequinox #fallonsangler #fishingfilms #canonuk
Norway, reassuringly boring with some hidden surprises #norway #oslo #snorway
Loading Comments...