Huddled around three Anglepoise lamps five students gathered under the guidance from Bruno Vincent AKA Super Fly Guy. The Three Kings pub is our meeting place, tucked away on Clerkenwell Green,  pleasantly quiet, the perfect setting for some focused concentration. In a room above the main bar we sat around a dinning table and discovered some of the techniques from master fly tyer Bruno, while supping a few pints and chomping through scotch eggs and pork pies. Considering three of us were complete beginners the results were quite astonishing, buzzers, cascades and broadswords patterns… 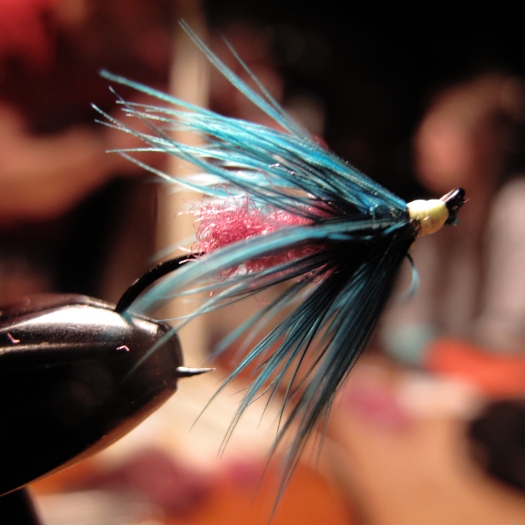 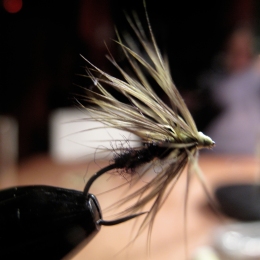 If you want to see Bruno’s freestyle and traditional work or ask about these evenings please drop Super Fly Guy an email bruno@superflyguy.biz.

The Tuesday Swim was under canvas last weekend at the Green Man festival, situated by the river Usk. A small intimate festival where ‘folk music’ loosely describes this very chilled out event. The festival meanders around a private garden and surrounding farm land, where a natural basin creates the auditorium for the main stage.

Harbouring next to the river Usk where sea-trout silently run by at night unknown to several thousand revellers engaged in a collective mix of John Cooper Clarke, a pedal powered dance tent and ultimately for me, the Fleet Foxes.

Robin Pecknold filled the Usk valley with his crisp and haunting vocals, the penultimate song performed was Oliver James sung as a solo by Pecknold that held the crowd open-mouthed, the Fleet Foxes were in a league of their own, true masters of harmony. 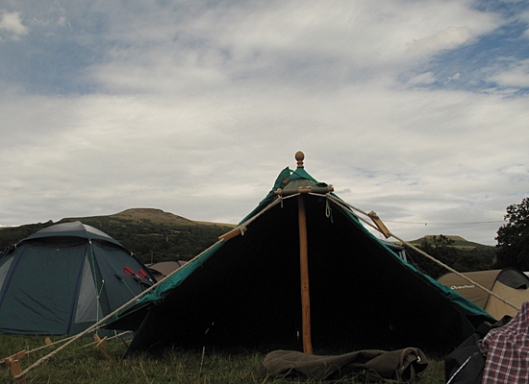 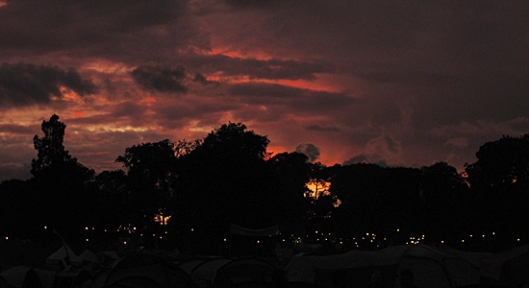 Off to the marshes #hackneymarshes
I’ve been here before but this is reassuringly familiar, an antidote to the boutique homogenous lifestyle that is rife in our city. Once it’s gone, it’s gone.
Watersmeet- Our current winter film set on the Hampshire Avon with @adamchetwood @kgparr link in my bio. Where to next? #anglingfilms #chubfishing
Watersmeet - Chub fishing on the Hampshire Avon, our new film for winter #hampshireavon #hampshireavonfishing #chub #fallonsangler #fishingfilms #winterfishing link in bio
A reunion on the Hampshire Avon. Our new film for Fallons Angler ready to view in time for Christmas. Friends, pints, and fishing #chubfishing #chub #fishingfilms #fallonsangler #hampshireavon
Surely it’s time for a perch?
Epping forest #eppingforest
The fading light plays a strong roll on us at this time of year. The Witching Hour film available to view, link in bio. #embracethedarkness
Next week I travel to France and begin filming a life in Normandy over one year. A man whos footprint on the planet has the lightest touch, where his life and the natural world sit side by side. #dustthefilm …
The Witching Hour our new film launching at midday today 15th October link in bio #fishingfilms #fallonsangler
Last week we spread my parents ashes on the South Downs. In life they were inseparable, so we did the honourable thing and mixed their ashes with our own hands, returned them to the chalk on the Sussex Downs at a geographical point between birth, life and death.
The Prince of Peace is dead, thank you for the musical and spiritual journey of my life. 1940-2022 #pharoahsanders
A quick over nighter by the river and under the stars with @fallonsangler_magazine for a new film. Packing light - bedroll, camera, drone and a Katsu Curry Pot Noodle or two. Film out in a fortnight. In the meantime please order our new issue of Fallons Angler capturing the bewitching hour. #autumnequinox #fallonsangler #fishingfilms #canonuk
Norway, reassuringly boring with some hidden surprises #norway #oslo #snorway
Loading Comments...