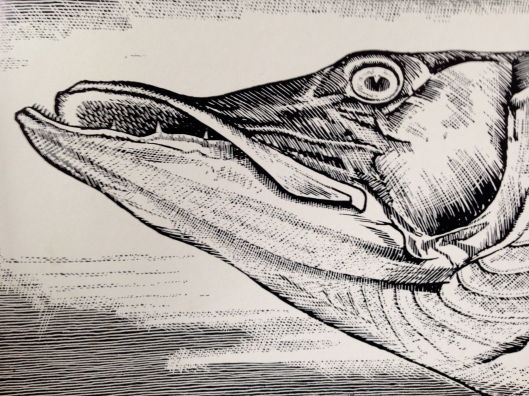 Non-anglers probably don’t realise that certain months of the year are affiliated with some species of fish. October has the pike and the first day of the month is the start of the traditional pike fishing season. In truth this is something that fisherman have invented over time as a pike needs to feed all year round, but as the water temperature drops in autumn the pike will feed more often and the chance of large fat esox is more likely…one hopes.

If I had a duck punt it would be duck egg blue...of course! #duckeggblue
Dropped in tonight to see the magnificent Balcombe Lake, Spent many nights here as a teenager mainly catching bream.
Fallons Angler 21 has arrived, the creative guns are blasting for 22 and 23, for me though the cameras have laid relatively dormant over the last year, but slowly we are picking up pace, plenty of new films organised and ready to shoot including this one ‘Wildie’ which includes an author and conservationist, a farmer, a musician and a load of feral carp, wrapped in a stunning landscape. #wildcarp #feralcarp
#local
Down by the River today #sussex #cuckmere #chubbing
TBH we’ve spent most of the day by the fire
Part of my cultural apprenticeship, thank you #ripchickcorea
Just when you turn a corner...#saveleamarshes
Thinking about the merits of moving to a derelict house in Sussex #littletollerbooks #greenmanofhoram
I’ve been aware of this kit bag all of my life, it went on family camping trips in the seventies but I only understood what it was about ten years ago. It’s a great thing #raf
Good to be out filming today. Covid compliant
Pleasingly grey today
You know 2020...
Sanctum #hackneymarshes
Loading Comments...
Comment
×
%d bloggers like this: