My current read is Jon Berry’s Beneath the Black Water a book that logs Jon’s pursuit and obsession of the ferox trout, one of Britain’s true mystical and wild fish. A large proportion of the book talks of the Alness boys and the surrounding area, coincidently the river Alness was the location were I first hooked a salmon. Before my first salmon trip my fishing partner Tony and I spent few long lunches in the St James area of London talking tactics and tackle after an expensive shop in Farlow’s of Pall Mall for various tube flies. Tube flies were unfamiliar to me and like most fishermen, shiny fishing tackle brings on the magpie effect, the Visa card probably came out too many times. The advice that  came from Tony, who had regularly fished the Alness for ten years, was all new, but the unknown is what makes fishing such an exciting pursuit. One of my questions before the trip was “is it worth taking a fly rod for trout or spinning gear?” The answer was flatly “no, there’s no point when there is salmon in the river!”

On arriving in Scotland (with only one double-handed salmon rod) I was seduced by my quarry, the salmon, I was absorbed in my new surroundings, a complete contrast to the gentler southern english rivers I was used to. The Alness which runs for only twelve miles cuts its way through dark gullies with high cliffs of dark stone on one side, the other side covered with gravel banks and high trees of the Ardross forest. The river is spotted with huge boulders that takes the river on a fast flowing course occasionally broken with slower runs. The water was dark but clear like stewed tea without the milk. 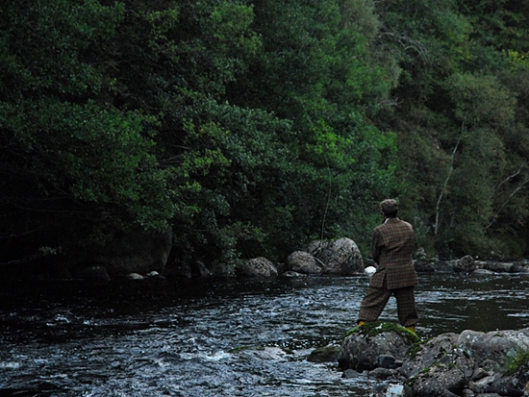 As our week progressed the penultimate day was spent on the upper beat which was unlike all the other beats, no longer were we surrounded by forest and high cliffs but instead the landscape opened up to reveal heather and gorse. This upper beat (number six) ran slowly after flowing out of Loch Morie. With four days behind us of wading in fast flowing water this was a pleasant break, the sky was bigger and a sense of space gave way to a more relaxed approach, salmon fishing can get quite intense at times!

Above beat six was Loch Morie itself and at this point I  wished that I had brought a spinning outfit or trout fly rod and ignored the advice given to me back in St James the previous month.  Saying that, ferox hunting should not be taken lightly and stealing a day on Loch Morie to catch a ferox was  fairly unrealistic, specialist down riggers, fish finders, weighted lures and most importantly a boat is needed and at that point in time I was unaware that ferox roamed the loch, but casting a trout fly would have been a welcome break. So back to the salmon fishing I went and finally at the end of my week a grilse was caught, small but my salmon rod had been bloodied. 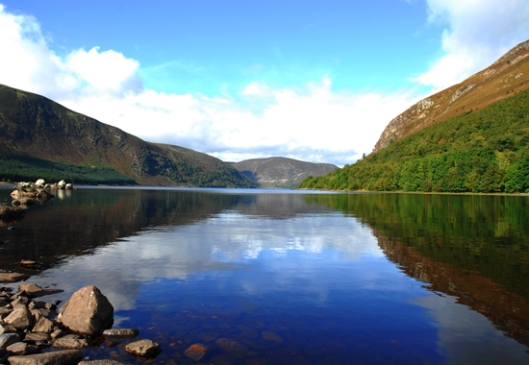 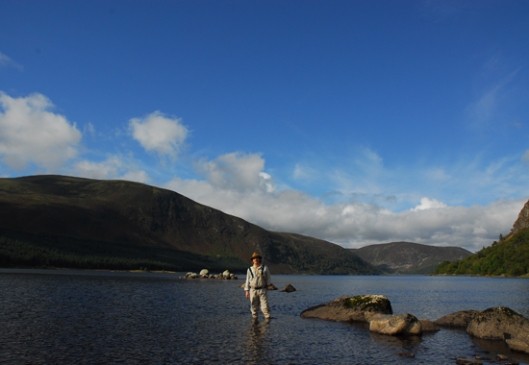 While writing this piece I have come to the end of ‘Beneath the Black Water’ and now I have another piscatorial seed planted in my head. Not this year, perhaps not next year but at some time in the future I shall troll the depths of Scotland or Ireland and seek out the ferox trout.

The Prince of Peace is dead, thank you for the musical and spiritual journey of my life. 1940-2022 #pharoahsanders
A quick over nighter by the river and under the stars with @fallonsangler_magazine for a new film. Packing light - bedroll, camera, drone and a Katsu Curry Pot Noodle or two. Film out in a fortnight. In the meantime please order our new issue of Fallons Angler capturing the bewitching hour. #autumnequinox #fallonsangler #fishingfilms #canonuk
Norway, reassuringly boring with some hidden surprises #norway #oslo #snorway
The Merry Maidens - a quiet moment away from the beach and the body boarding. #merrymaidensstonecircle #stonecircle #burialchamber #crabsandwiches
The sun has relented #mouseholecornwall
The return to camp was spectacular last night #westsussex #westsussexlife #sussexcamping #cricketerspub #cricketersduncton
#westsussex #duncton #summereducation #pub! #cricketersduncton
Holiday homework #cultbritishfilms #thesailorwhofellfromgracewiththesea
Flight #astralflights #swifts #jetstream #hackney #hackneygarden
The joy of making, creating bespoke frames for artists and art lovers #bespokeframers #londonframers #hackneyframing #theclaptonframer #hackneycrafts #artframers #pictureframers #pictureframersofinstagram
#microlurefishing for #wildbrowntrout
Quiet
I find it difficult writing about the process of catching a fish, but this story had another layer worth sharing. Fallons Angler issue 26 out now - in the company of Britains finest angling writers #fallonsangler #tench #tenchfishing #sevenpoundtench
Pond Life
Back to the hammock
Loading Comments...
%d bloggers like this: