After returning from a  walk this afternoon across Leyton Marshes and onto the Lower Lea it is quite apparent how much it has rained in England this winter. Last Friday the Lea was at its highest level I have witnessed in many years, today it was still very high but had dropped about a metre, the marsh was flooded but that is usual for this time of year. The simple truth is global warming has changed the British weather and this is going to affect our rivers especially if our current selection of politicians make the final environmental decisions.

I did promise to myself not to get political here so I will refrain but I will say one thing, our stand-in Flood Minister Eric Pickles is a misinformed fool and I fear that he will cause so much environmental damage to our rivers that it could take a generation before they are rectified, long after Mr Pickles has left his post. ‘Dredging’ is a word that has been thrown about over the last couple of months as the answer to the flooding problems, is it? I’m really not convinced and nor are the true experts out there, dredging seems a nice quick solution and makes the government look like they are doing something, great  but I believe it is the wrong action to take?

Now the science bit. I’m no expert but using the River Parrett as an example, if you dredge the whole length the silt would equate to 2-3% in volume of the amount of standing water in the locally affected area, so you would still have 97-98% of the water left. So dredging must be more about flow and not volume? If this is the case then the entire length of the river (37miles) would have to be dredged to avoid bottle necks down stream and the potential flooding of towns like Bridgewater and Dunball. I imagine dredging 37 miles of river would cost millions and be devastating to the landscape. Finally, would this not cause a fast flowing and dangerous relief channel?

As I said at the start, there are dark days ahead for our rivers and their inhabitants which will last long after the current rabble of politicians have gone. It is a very depressing thought and I can’t see dredging is the answer unless someone can explain to me the science rather than simply expressing the frustration.

In the meantime a flooded landscape in its splendour… 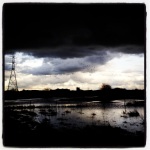 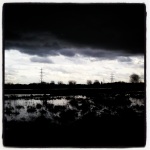 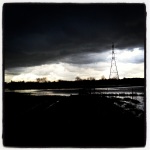 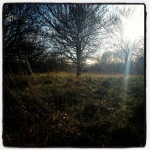 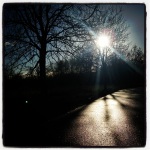 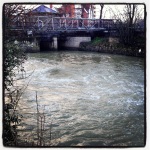 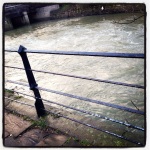 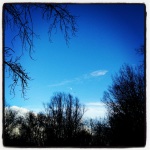 Update: Thanks to a certain Mole I came across this and discovered two things, one there appears to be a hydrological community and two, they seem to know what they are talking about, see here

5 thoughts on “Dark days ahead for our rivers.”

Surely it’s time for a perch?
Epping forest #eppingforest
The fading light plays a strong roll on us at this time of year. The Witching Hour film available to view, link in bio. #embracethedarkness
Nature delaminating #normandy
Next week I travel to France and begin filming a life in Normandy over one year. A man whos footprint on the planet has the lightest touch, where his life and the natural world sit side by side. #dustthefilm …
The Witching Hour our new film launching at midday today 15th October link in bio #fishingfilms #fallonsangler
Last week we spread my parents ashes on the South Downs. In life they were inseparable, so we did the honourable thing and mixed their ashes with our own hands, returned them to the chalk on the Sussex Downs at a geographical point between birth, life and death.
The Prince of Peace is dead, thank you for the musical and spiritual journey of my life. 1940-2022 #pharoahsanders
A quick over nighter by the river and under the stars with @fallonsangler_magazine for a new film. Packing light - bedroll, camera, drone and a Katsu Curry Pot Noodle or two. Film out in a fortnight. In the meantime please order our new issue of Fallons Angler capturing the bewitching hour. #autumnequinox #fallonsangler #fishingfilms #canonuk
Norway, reassuringly boring with some hidden surprises #norway #oslo #snorway
The Merry Maidens - a quiet moment away from the beach and the body boarding. #merrymaidensstonecircle #stonecircle #burialchamber #crabsandwiches
The sun has relented #mouseholecornwall
The return to camp was spectacular last night #westsussex #westsussexlife #sussexcamping #cricketerspub #cricketersduncton
#westsussex #duncton #summereducation #pub! #cricketersduncton
Holiday homework #cultbritishfilms #thesailorwhofellfromgracewiththesea
Loading Comments...
%d bloggers like this: